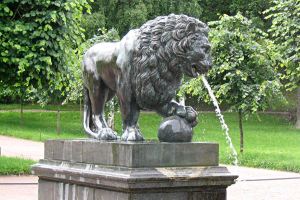 Bright impressions from St. Petersburg gives you visit the former Royal residence. The Grand Palace, which has become a giant Museum, Lower Park with sculptures and fountains – this is just the main attractions. To avoid all need for a few days.

a Vivid impression of St. Petersburg gives a visit to the former tsarist residence. The Grand Palace, which has become a giant Museum, Lower Park with sculptures and fountains – this is just the main attractions. To avoid all need for a few days.

Attractions are not less than at Versailles.

the Lion will chaskalson the appearance of Peterhof obliged to Peter I, ordered to build a "fun palaces". The king's command was performed in 29 kilometers from the capital in 1714 was the Foundation of the Palace that grew up was soon in front of the residence. By the standards of the construction was carried out rapidly – work downloaded famous architects and sculptors. In 1723 has been broken the Upper garden is laid out Lower Park, which is renovated in 2000, the "lions cascade", there were several fountains, were the galleries and pavilions, palaces, alleys which were decorated with marble, wood, gilded statues and vases with rare plants. And Peterhof was officially opened, although the Great Palace was only completed five years later.

a Fountain guarded by lions

the residence was conceived the creation of a giant fountain of the ensemble, each Palace was built fountains. For the Hermitage Niccolo Michetti designed the project, which was not to materialize. The idea of Peter was real in 1801, after the construction of the pool has a waterfall ledges, protected by bronze lions. This is the "Lion cascade", known as "the Hermitage", later undergoing many changes and alterations.

By the mid-nineteenth century, the cascade was so abandoned, that were dismantled and new ones built. Lions mounted on the sides of granite and marble columns. In the center of the pool rose a rock with a statue of a nymph Aganippe.

After the second world war on the site of the cascade and the lions were the ruins, the nymph, and most of the macaroons disappeared. Now the "Lion cascade" restored and participates in the annual opening ceremonies and the closing of the fountains.

be Sure to visit Peterhof in the fountain – from mid-may to mid-September and try to attend the festive ceremonies!

it's almost like in the days of Peter and following rulers. With the comfort to settle down for any period of time you can in a comfortable mini-hotel "Alexandria-Peterhof". 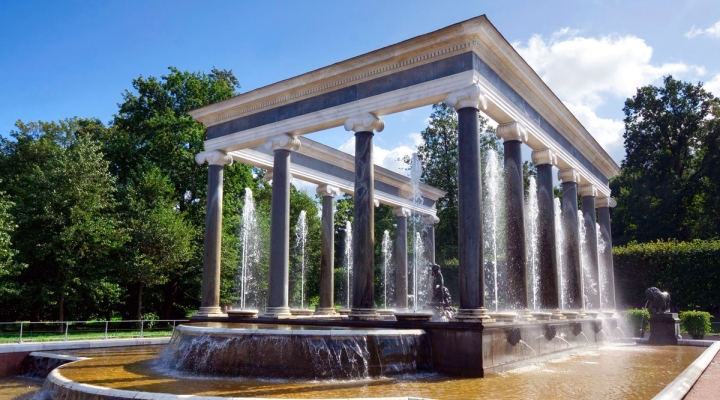