Marley is a modest Palace charm 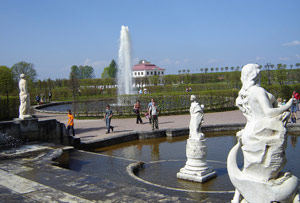 Marley, in the Peterhof Palace complex, can be attributed to the miniature castles. It is located in the Western part of Lower Park.

Even if you have no cards in Peterhof – you will not get lost. Any city dweller will tell you how to get to the Palace and Park ensemble. From the Grand Palace you must pass along the Sea channel. When you get to the Finnish Gulf, turn left and after 10 minutes you will see another architectural masterpiece of the epoch of Peter the great – the Marly Palace.

This miniature Palace got its name in memory of the visit of Peter the great in one of the residences of the French sovereigns, which was in a suburb of Paris. It was called Marly-Le-ROI. Unfortunately, the Palace in France was not preserved, was destroyed when stormed the French revolution.

the Peterhof Marly and the surrounding Park can not be called an exact copy of the French prototype. The architects took from him only the best original composition.

the Marly Palace was built simultaneously with the laying of the famous Marlinsky ponds. It was built by the German architect Johann Braunstein, he designed the famous Italian Palace, located in Kronstadt. The years of construction of the Palace – 1720 – 1723. The original project was supposed that the Palace will be one-story. But Peter, who himself oversaw the construction of this Palace was ordered to make changes in the project – as a result, the structure gained the second floor, which gave the proportions of the building balance. Interesting fact: the outline of the Palace is almost identical to the geometry of the cube.

in Total 12 rooms. Another interesting detail: there is no stateroom that is generally not characteristic of Palace architecture. His role in the Palace of Marly runs the lobby.

If you came to Peterhof for a few days, the best option to solve the housing problem is to rent a room in a cozy small hotel "Alexandria Peterhof". 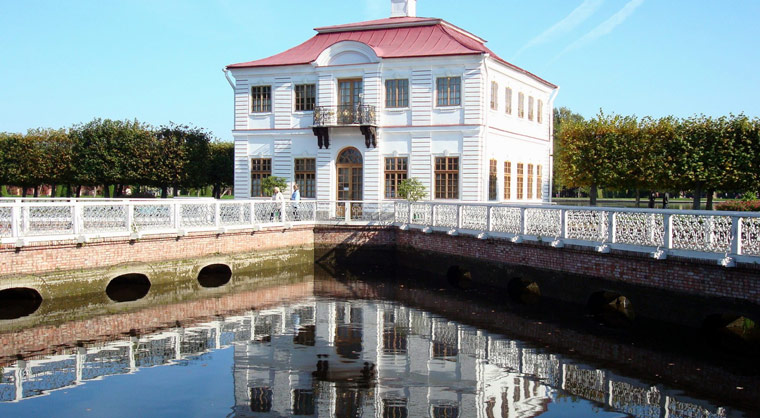